In case you missed it… over New Year’s Andrew and I drove all the way from Ontario across Canada in order to bring me to my next contract in Northern BC. We spent time in Banff, Lake Louise, and Abraham Lake along the way. The next location we visited was Jasper National Park! I’ve been to Jasper by myself before and also with another travel nurse on our days off when we were both working in Dawson Creek, BC. (All of those trips/blog posts are linked if you want to go read them too!!) This was actually the first time that Andrew had been to Jasper! I was so excited to show him a different side of the Rocky Mountains other than touristy Banff which he was used to. He actually ended up liking Jasper a lot more than Banff! I hear a lot of people say this… however Banff will always have a huge piece of my heart. It’s where I fell in love with the mountains for the first time.

In the last post, we left off with visiting Abraham Lake on a detour along the Icefields Parkway. Highway 93 is pretty rough in the winter. It’s very snow covered even though they plow it. You have to remember that you’re up in the mountains and weather is very unpredictable at times. Winter tires are a MUST. We had the truck in 4×4 a couple of times just for extra safety. You can see how snow covered it was in the pictures! The Icefields Parkway is truly one of the most beautiful drives in the world. It’s only three hours between Banff and Jasper but it usually takes me at least five hours with all of the stops along the way! There are way more places to stop during high season therefore it’s usually much quicker in the winter time. 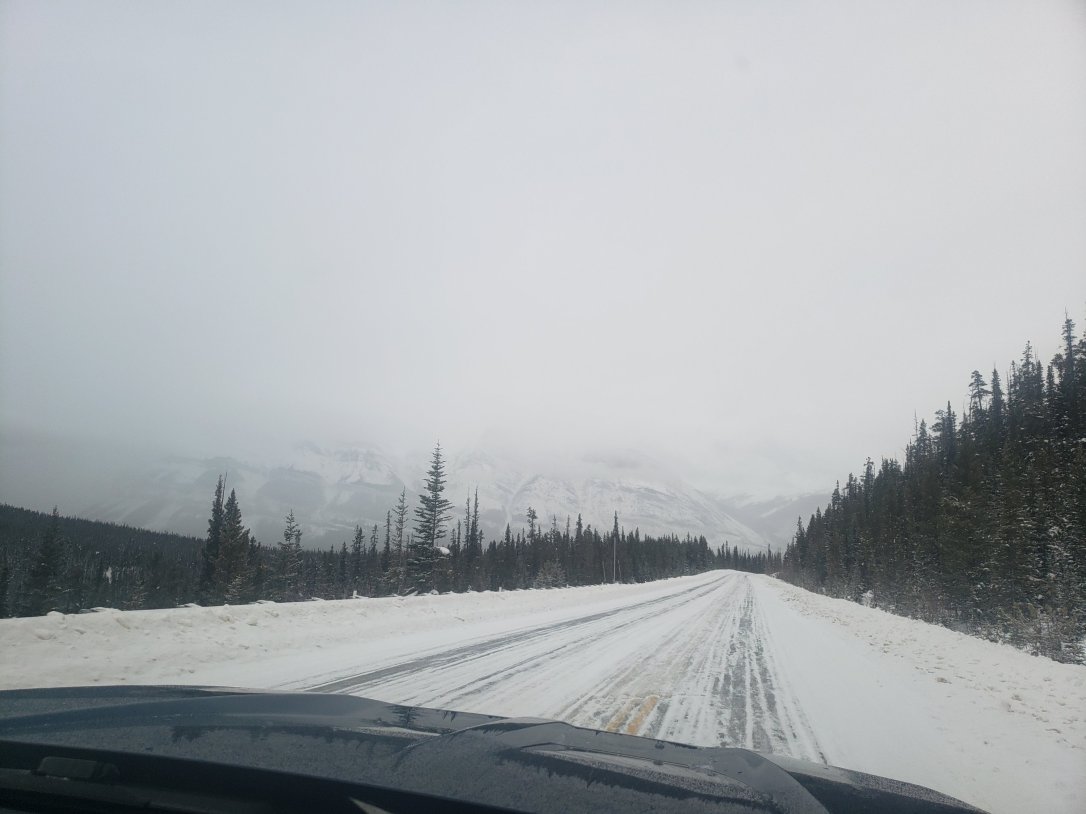 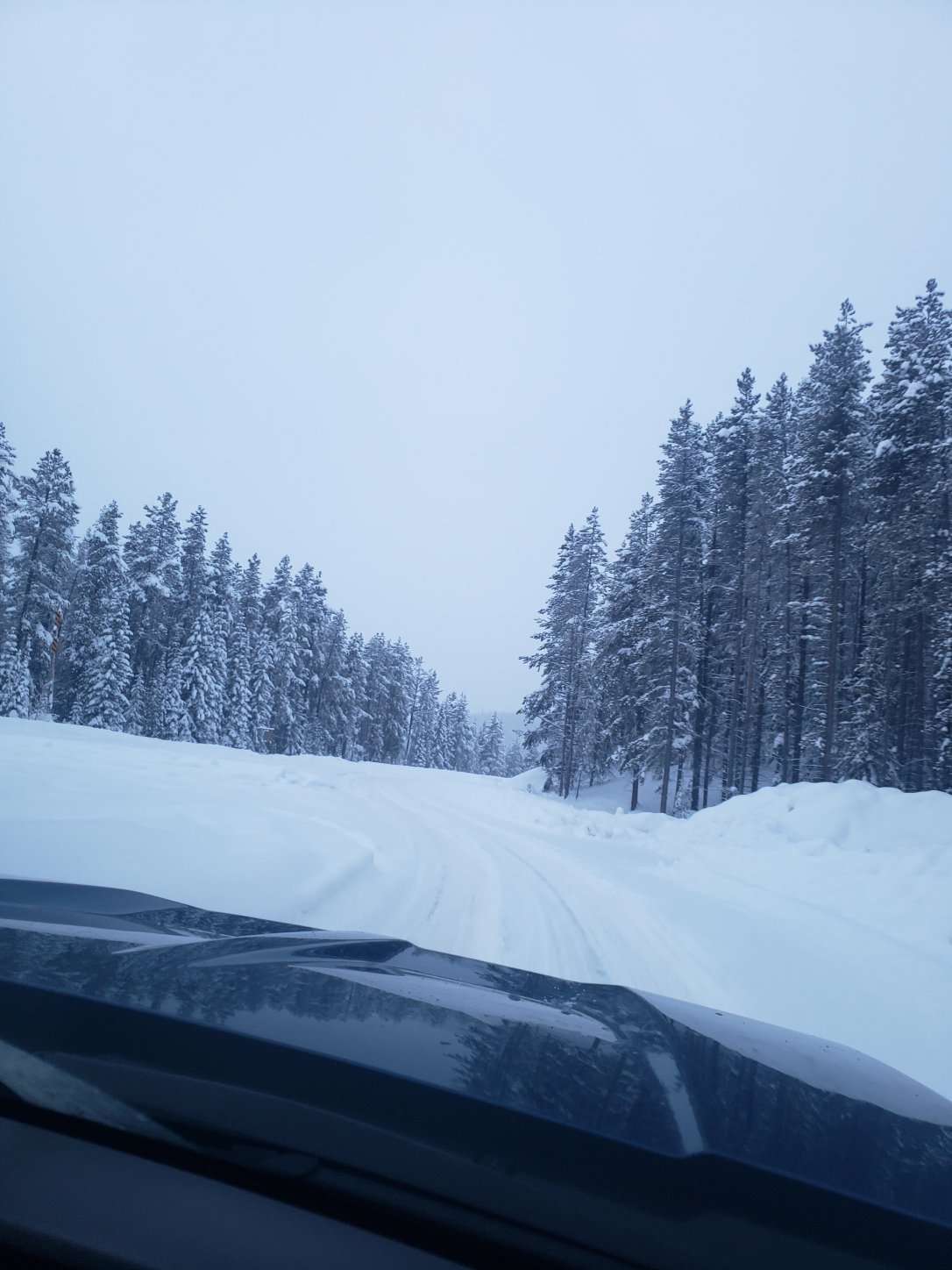 We were planning on snowshoeing up to Peyto Lake but somehow missed the sign for it!! We didn’t realize until we were way past it. I was pretty disappointed because I wanted Andrew to see it! Next time! If you are doing the drive, please do yourself a favour and see Peyto…it’s one of the most beautiful views! I blame it all on no cell service! Another important thing to remember- download your maps ahead of time if you need them because there is zero service on this highway! Another lake I wanted to go see was Bow Lake. There was way too much snow to get to it and we were in a rush because of adding Abraham Lake to our route so we skipped that one too! You can see it from the highway though!

My FAVOURITE part of the Icefields Parkway is a section of the highway where it is very winding and steep. When you get to the top you are faced with the most amazing view of the highway down below. We parked and I walked a bit to get a good picture. I could see a huge snow plow coming up the hill so I RAN back to the truck before it could cover me in snow! It was so funny and Andrew had no idea why I was running through the snow. We then drove through the Columbia Icefield and stopped to stand on the Athabasca Glacier! You can do the Glacier Skywalk which is a glass floor that is suspended over the mountains… I haven’t done it yet but it looks really fun! 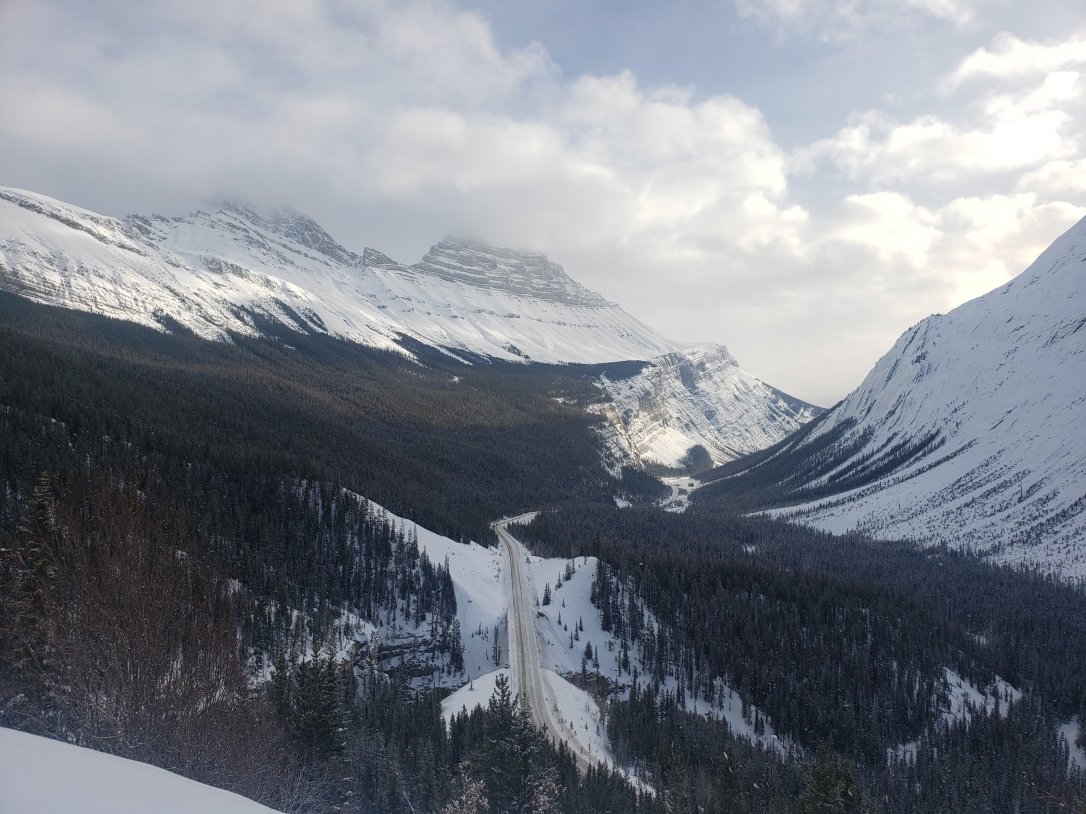 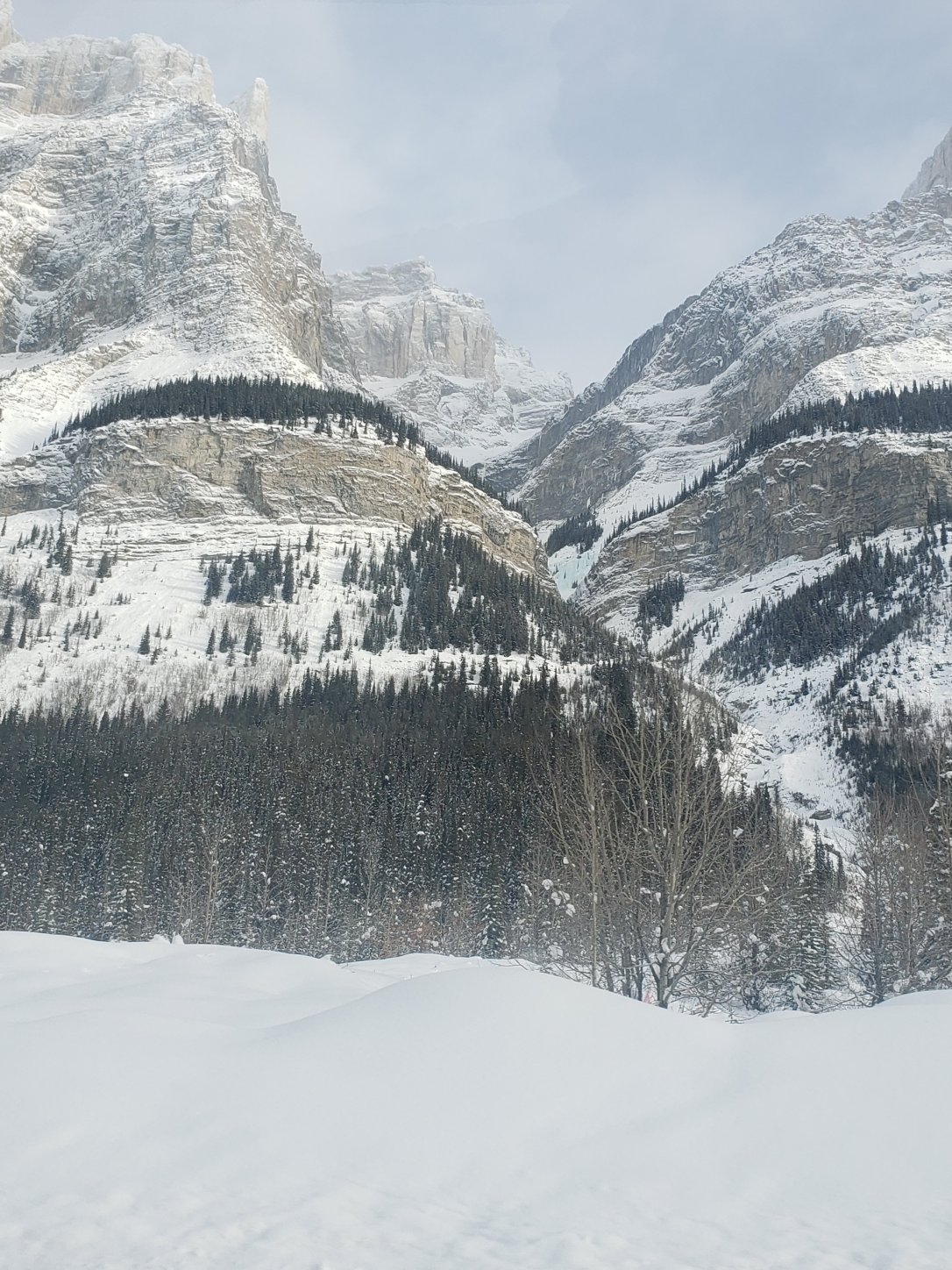 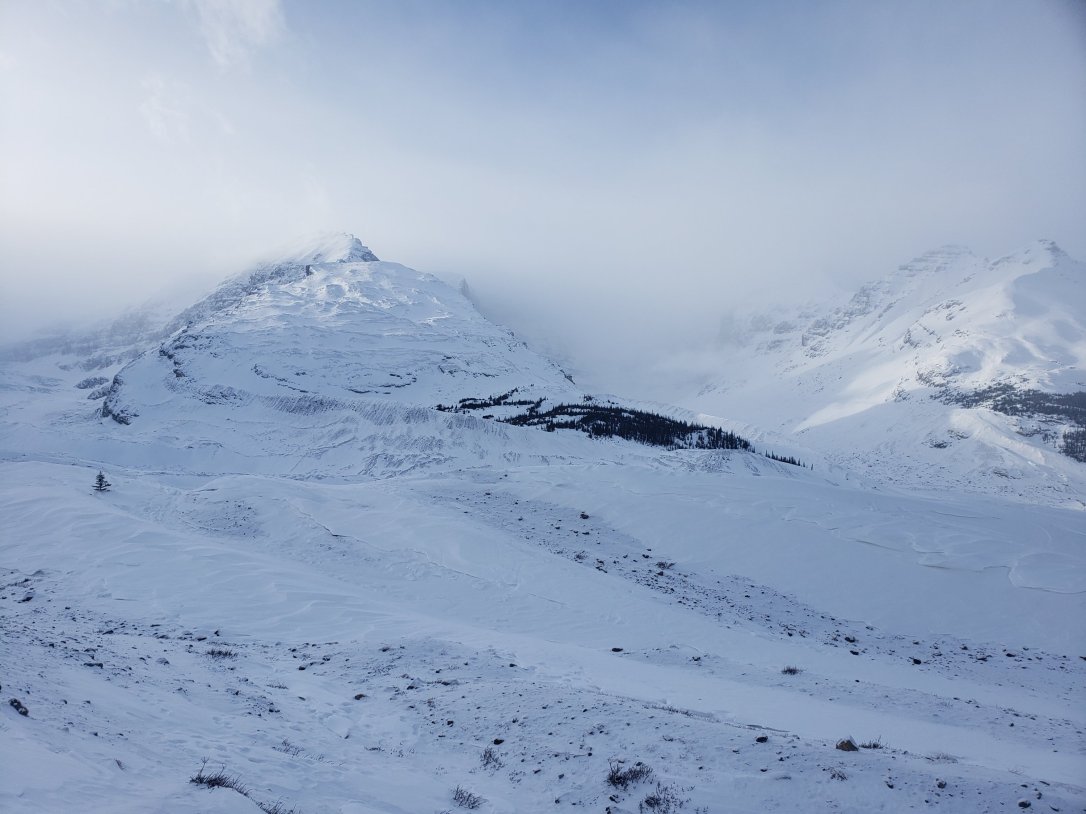 We stopped at the beautiful Athabasca Falls and walked around to see the waterfall from a bunch of different angles. The colour of the water is so gorgeous and with the frozen ice surrounding it…ugh, it’s absolutely stunning. I think I like these falls more in winter time than I do in the fall/summer! You can actually snow shoe or cross country ski down in the canyon! 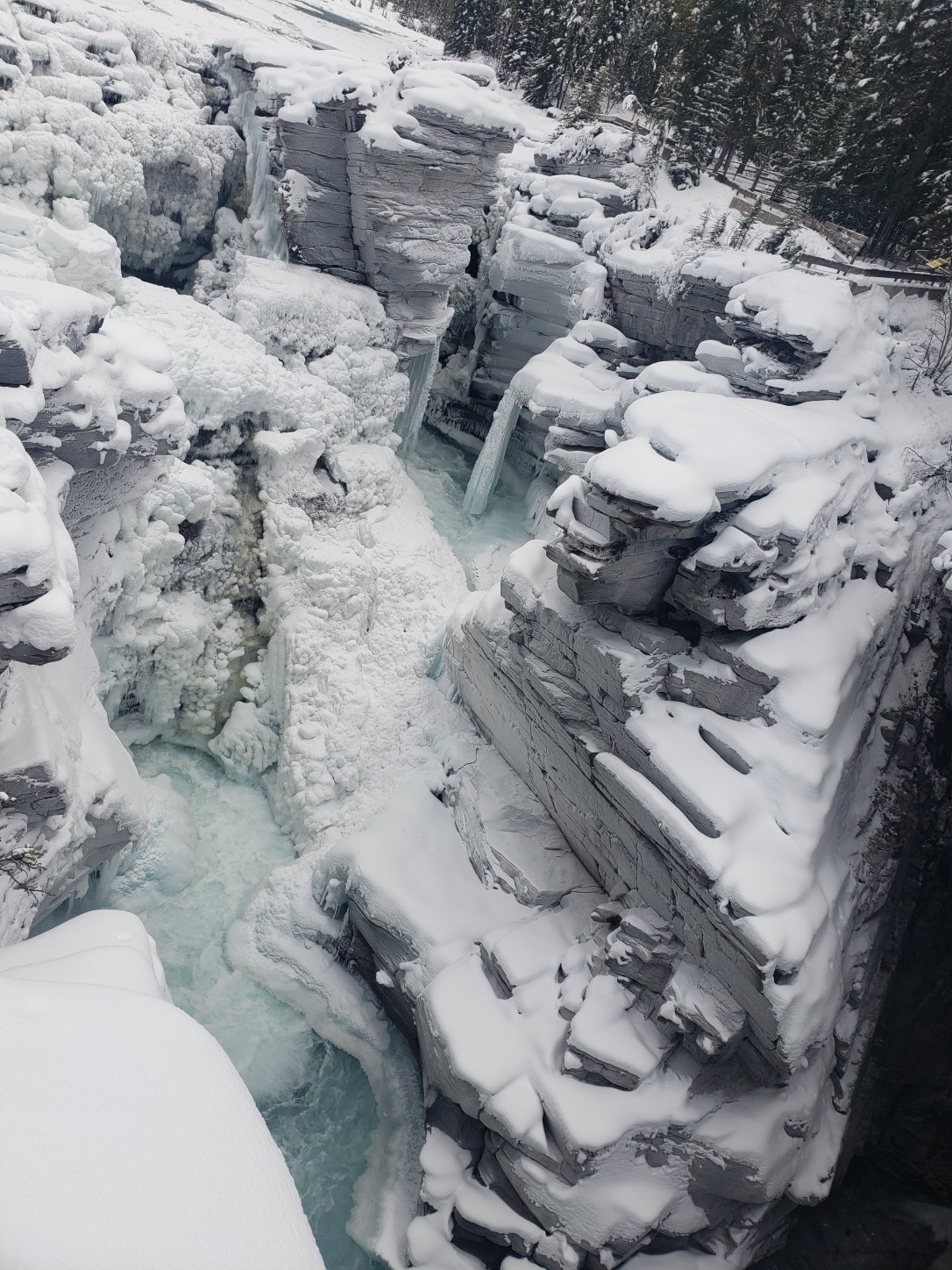 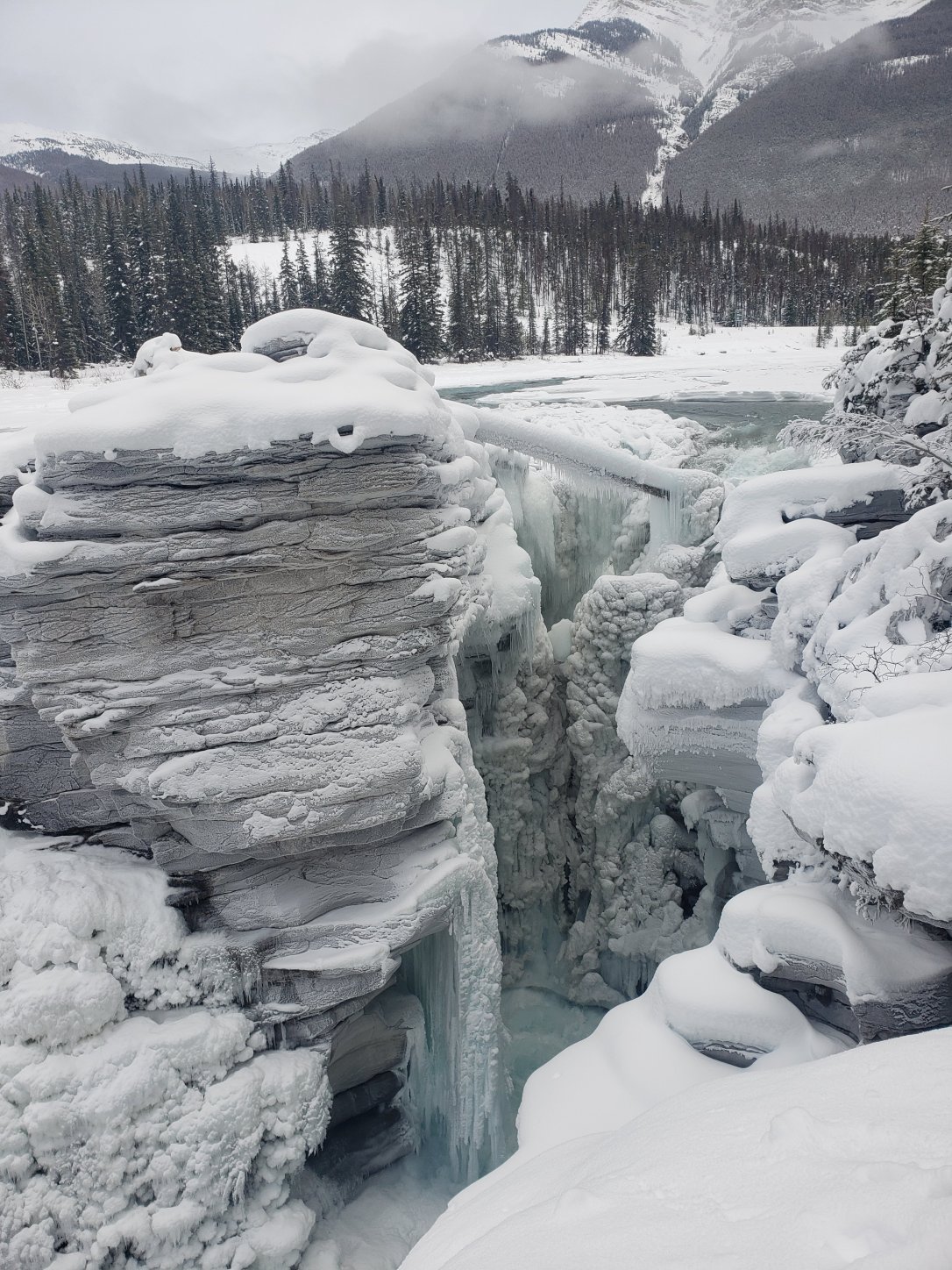 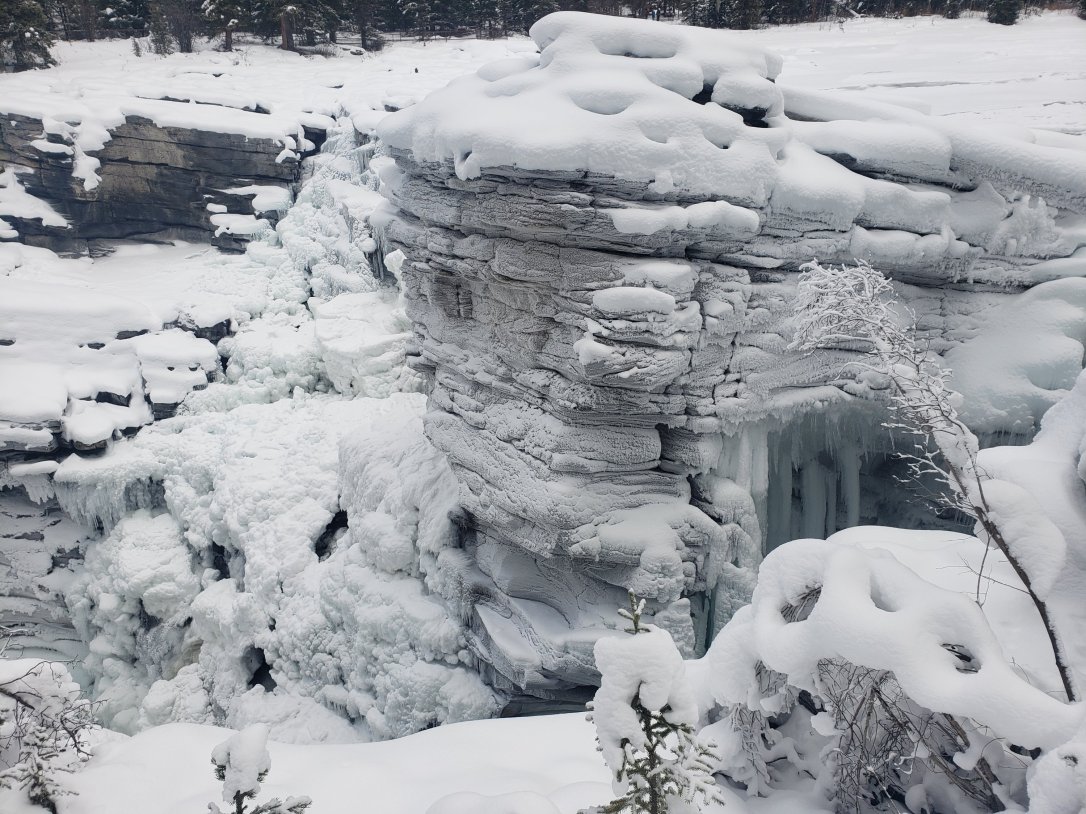 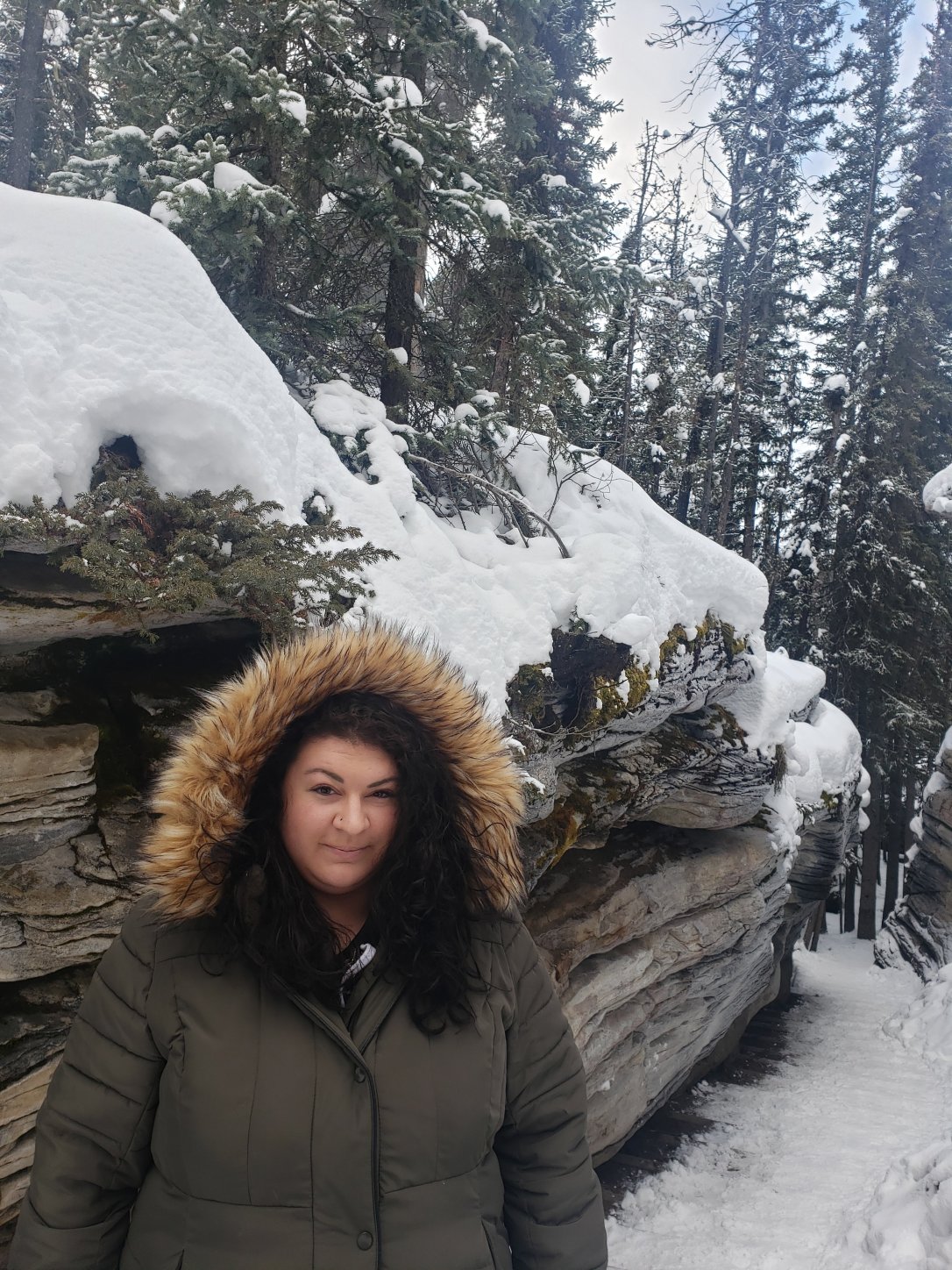 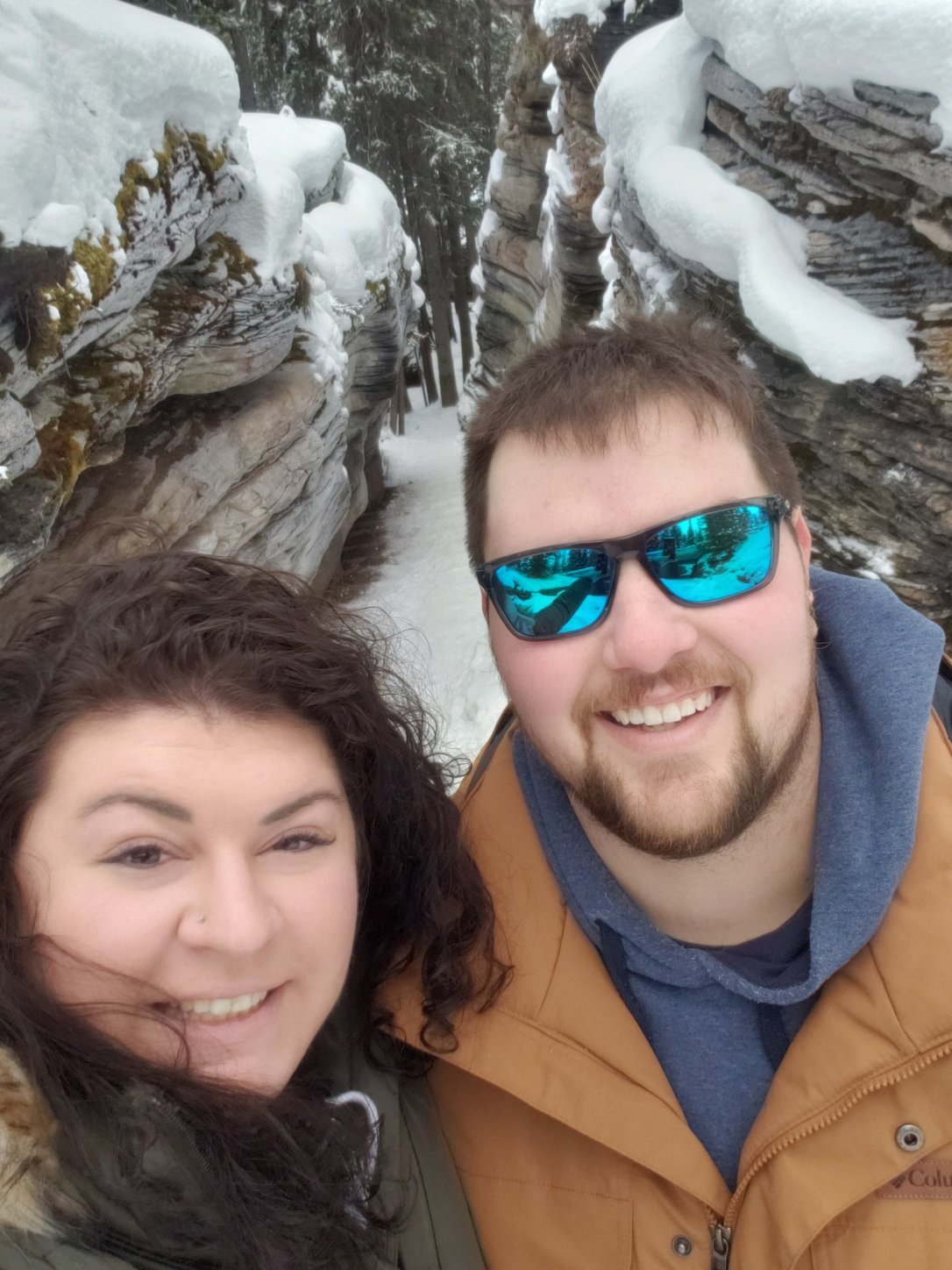 We arrived in Jasper just before dinner time. We drove around the town a bit so I could show Andrew around. We checked into our hotel which was the Pyramid Lake Resort…highly recommend this place! I wish we could have stayed longer. We had a mountain view from our patio, a fireplace in our room, and an outdoor hot tub to use. They also had some of the lake cleared so that you could go skating and they even did horse drawn sleigh rides during the day! We headed to the Jasper Brewery for dinner and had an early night… I honestly think the fireplace made us super warm and sleepy after that long day of driving! 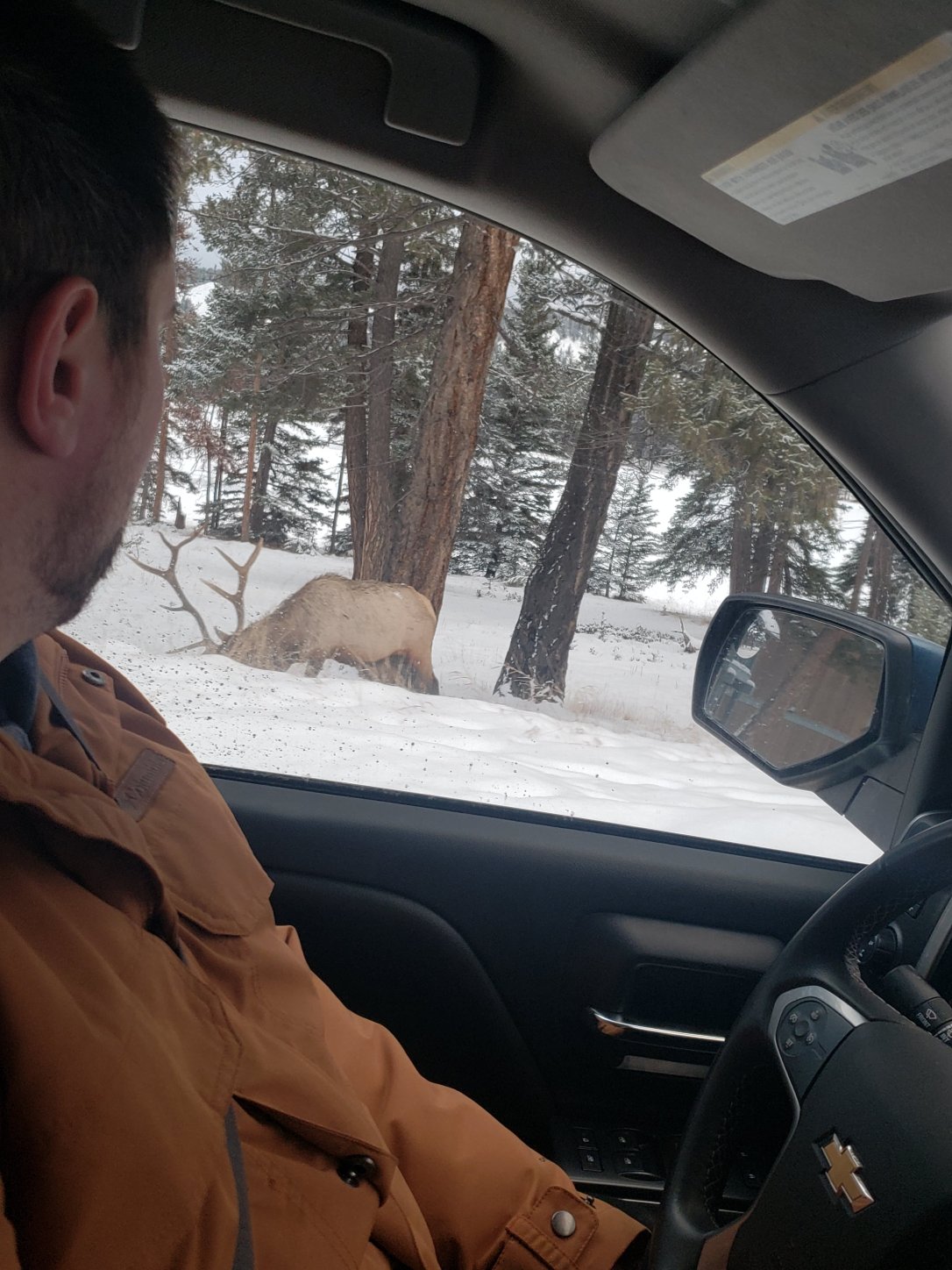 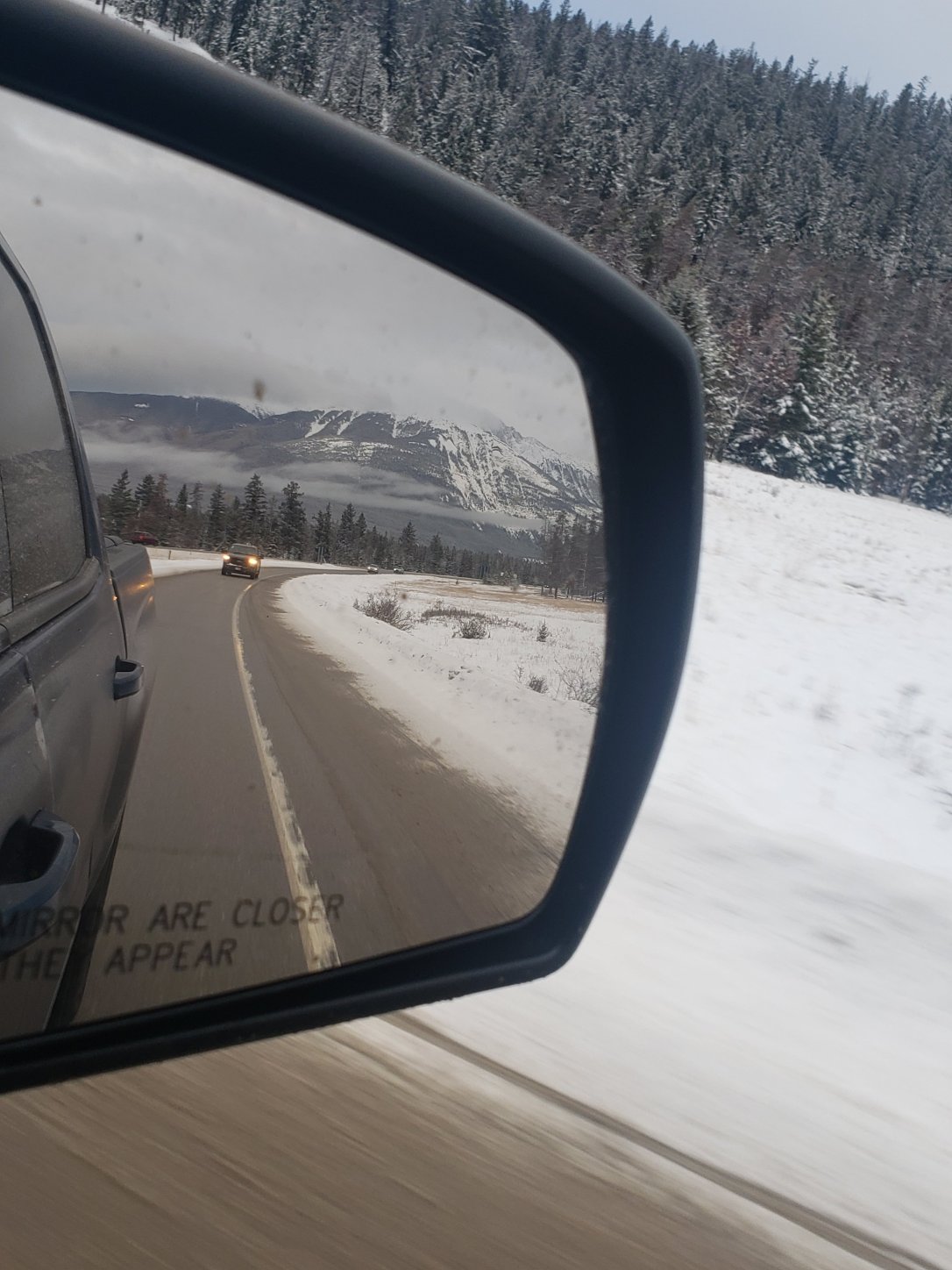 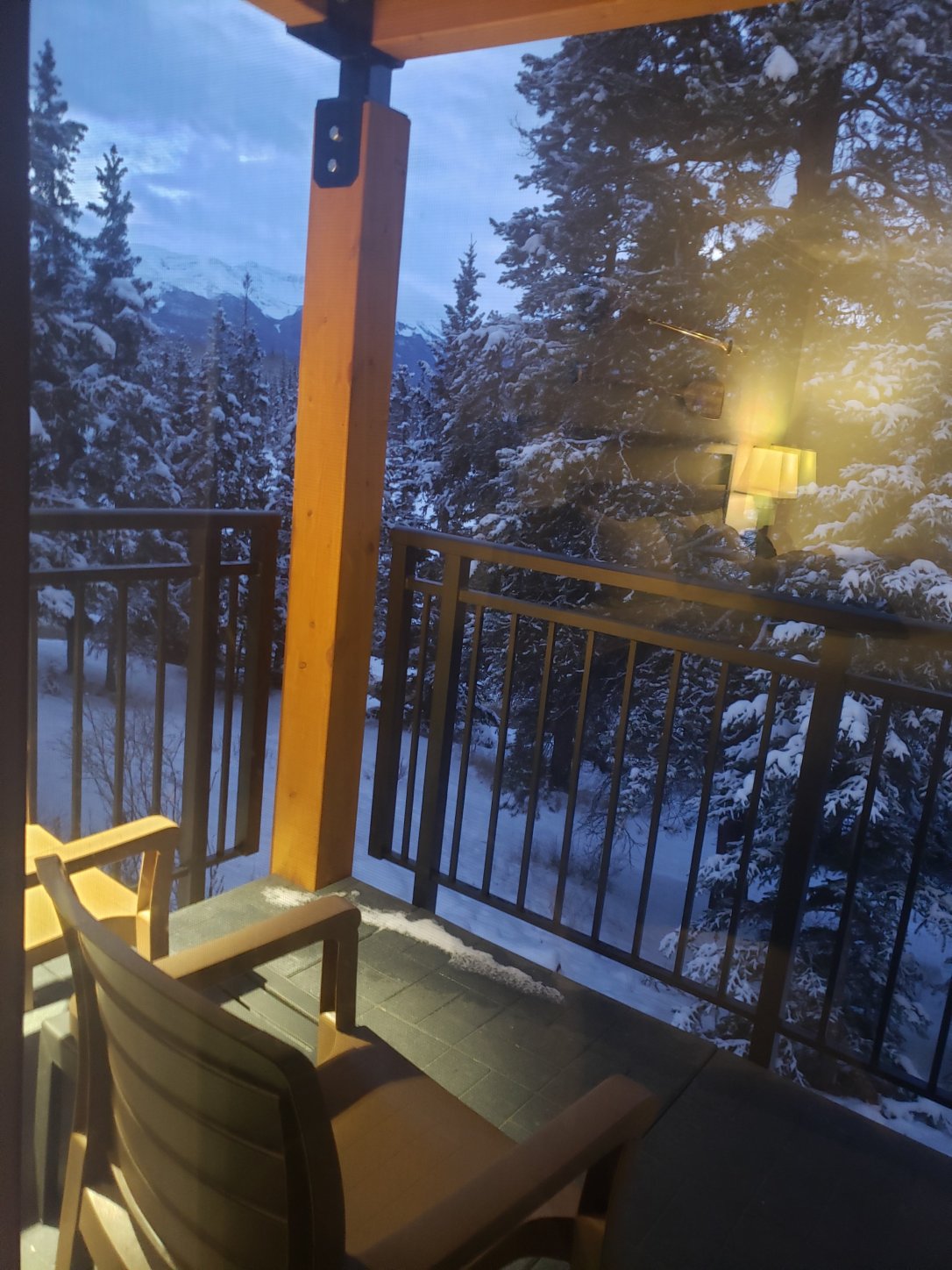 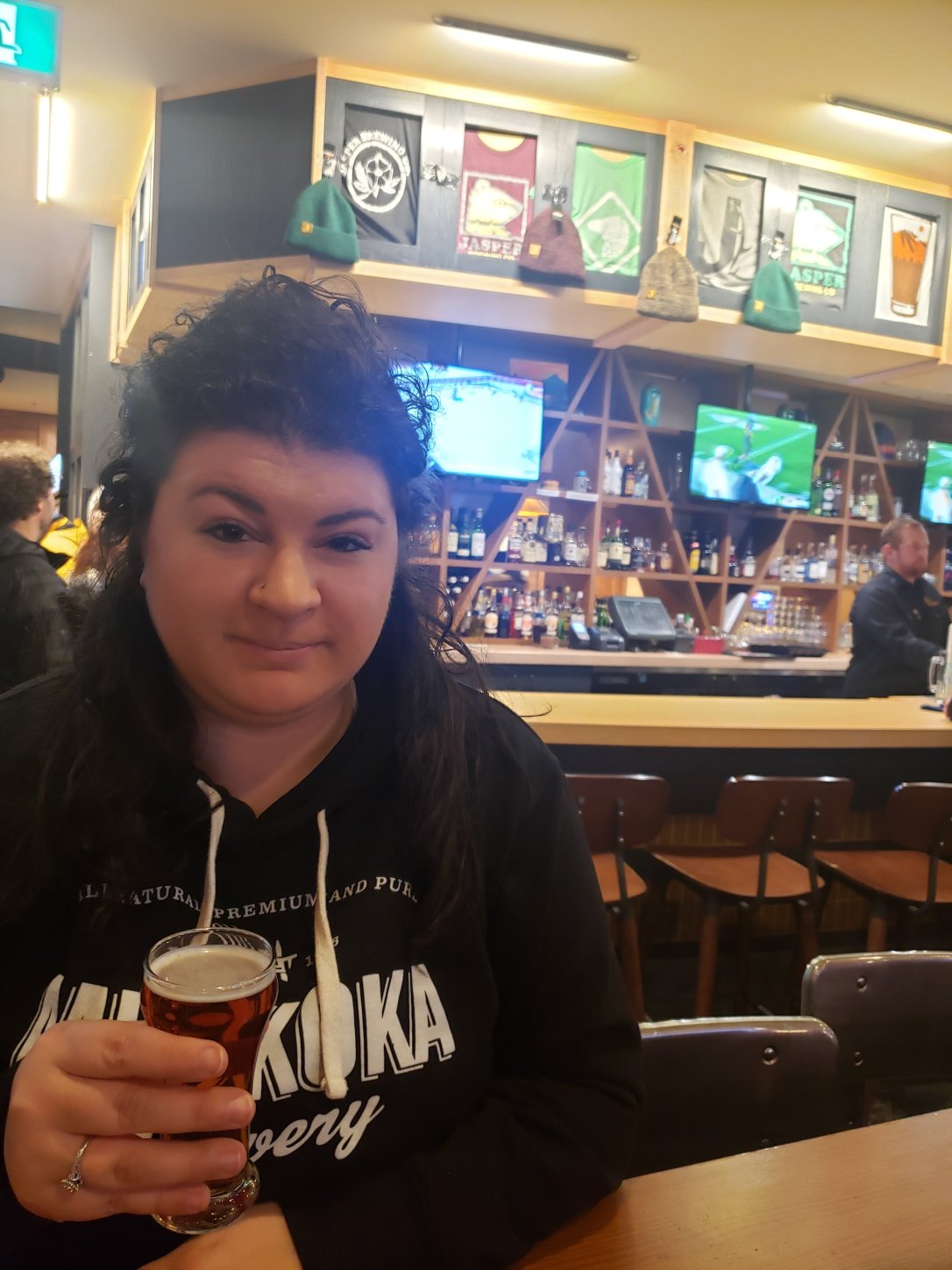 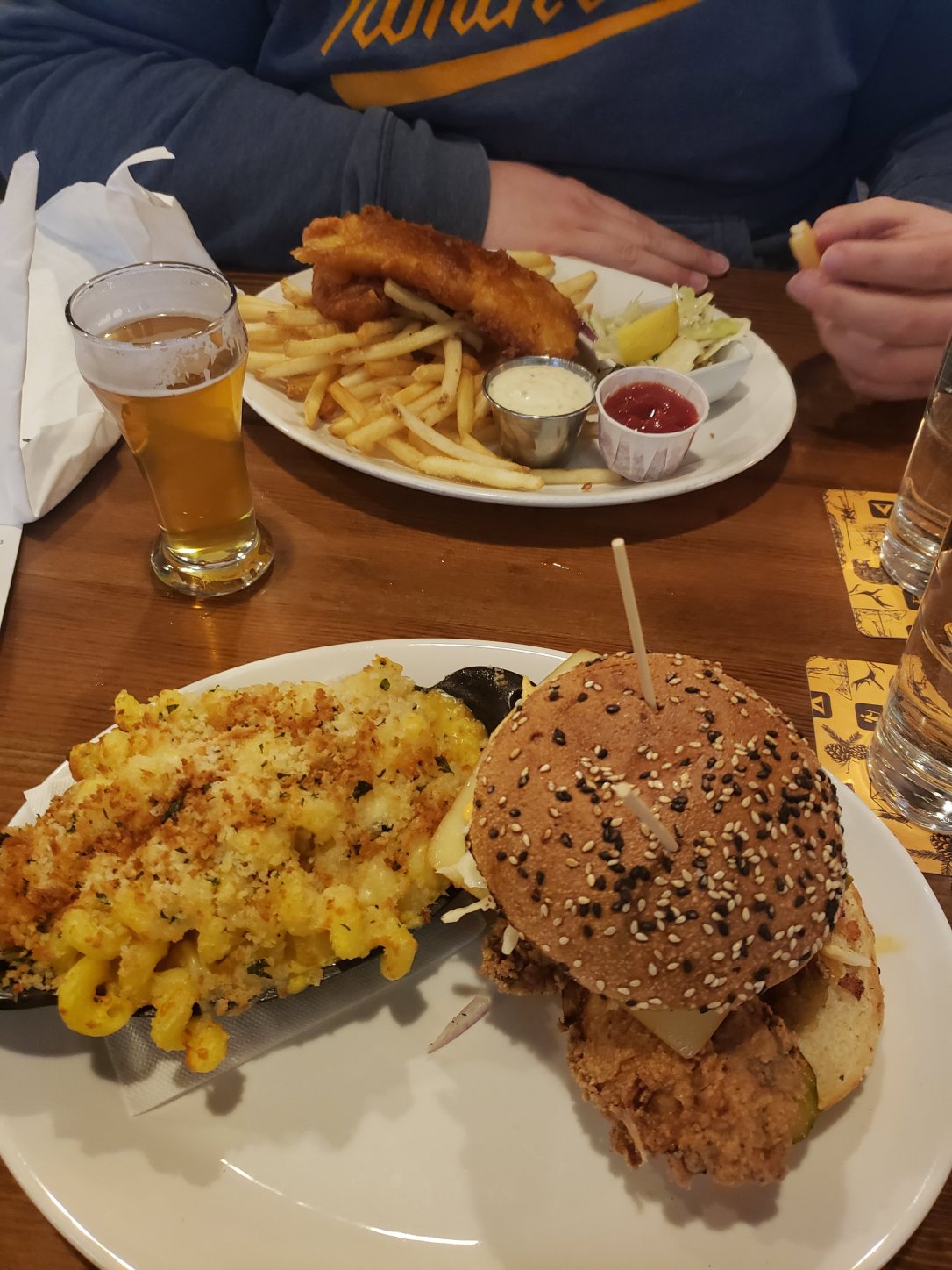 The next morning we drove from Jasper to Fort St John, British Columbia (where Andrew was flying out from the next day to go home). We first stopped at my favourite breakfast place in town- the Sunhouse Café! We headed out on the highway and saw a ton of wildlife on our way out of the mountains! We saw a bunch of elk and some longhorn sheep! That’s one of the coolest things about Jasper National Park…wildlife everywhere! 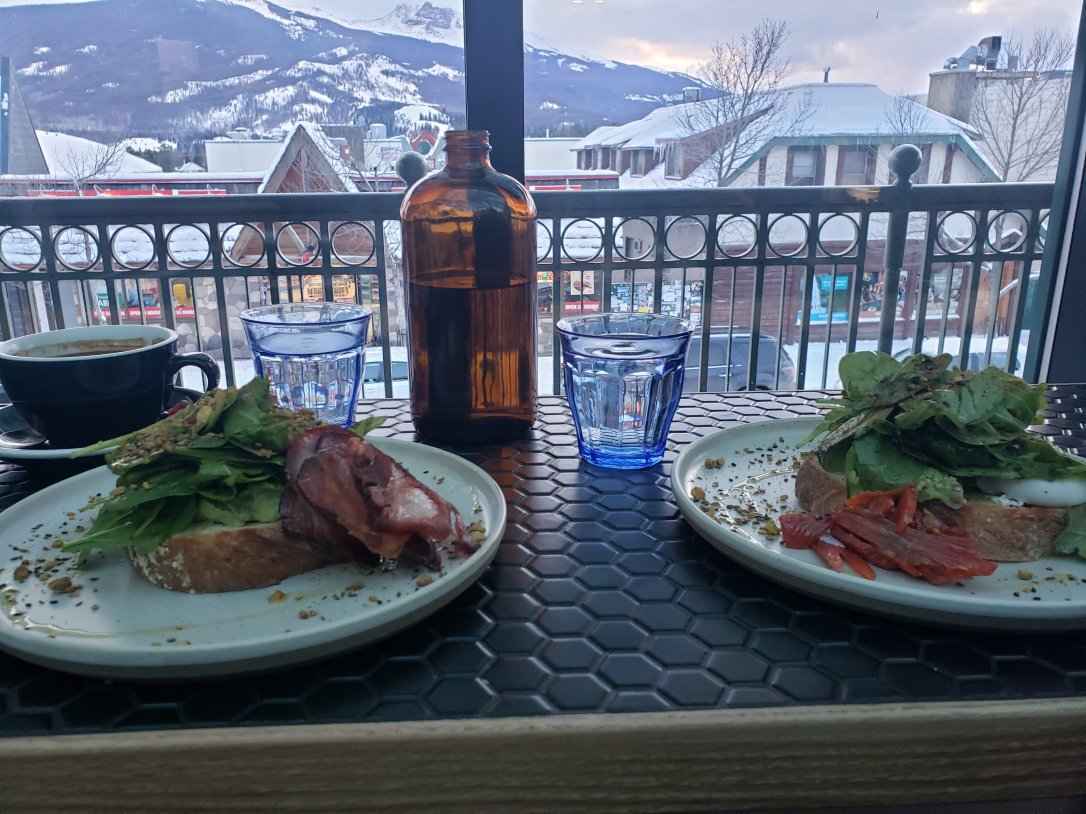 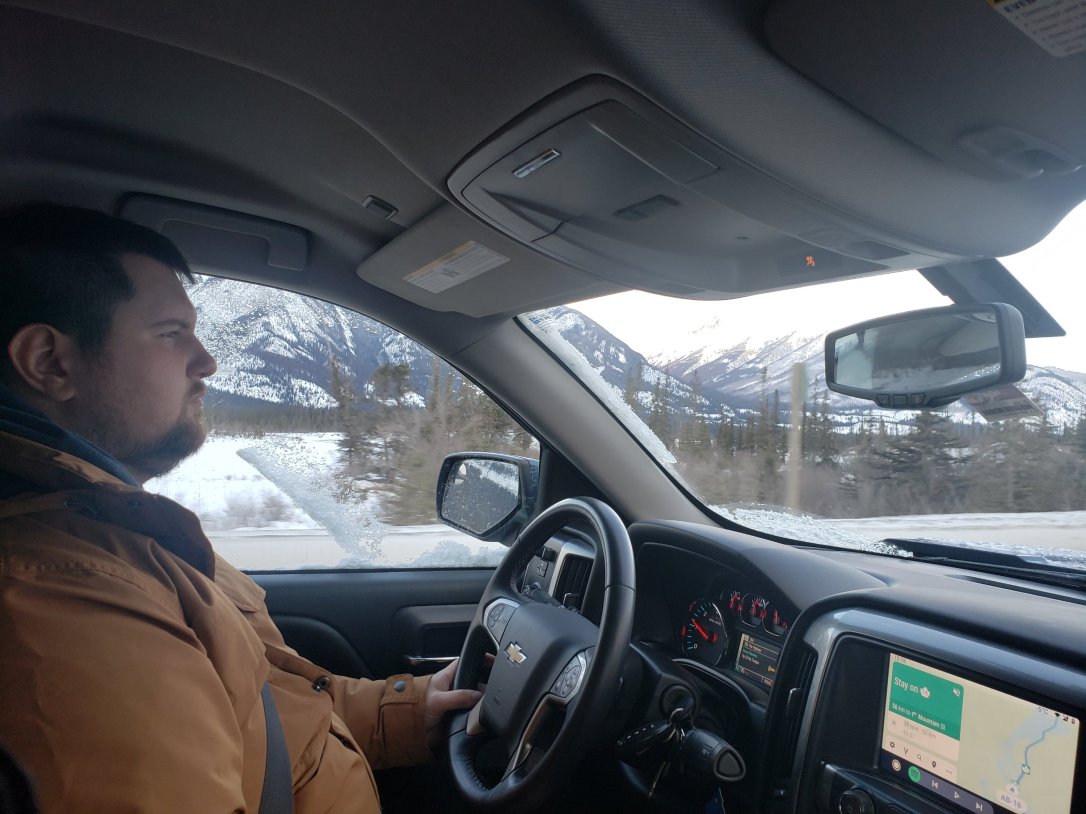 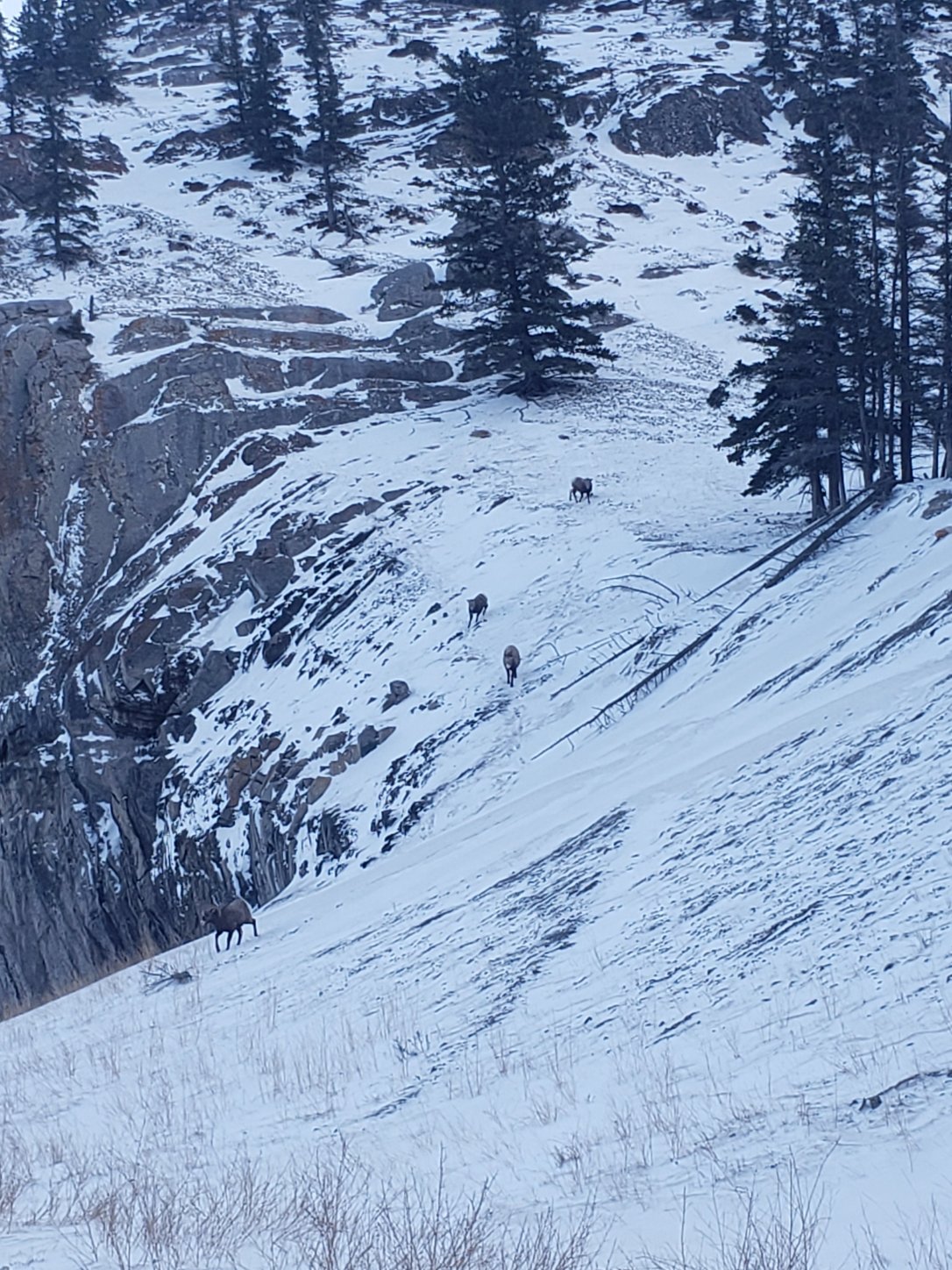 We sadly said goodbye to the mountains and began the long day of driving to British Columbia. I realized when we got to the border that this was Andrew’s first time ever in BC!! I really wish he could come on assignments with me so he could see all of the beauty that I get to experience! We drove through Dawson Creek, BC and I showed him the hospital that I worked at this past spring. It was really neat that I finally got to show him a place that I have worked. We stopped at Mile 0 of the Alaska Highway and documented it with a picture! Then we drove another hour up the Alaska Highway to Fort St John for our stop for the night. 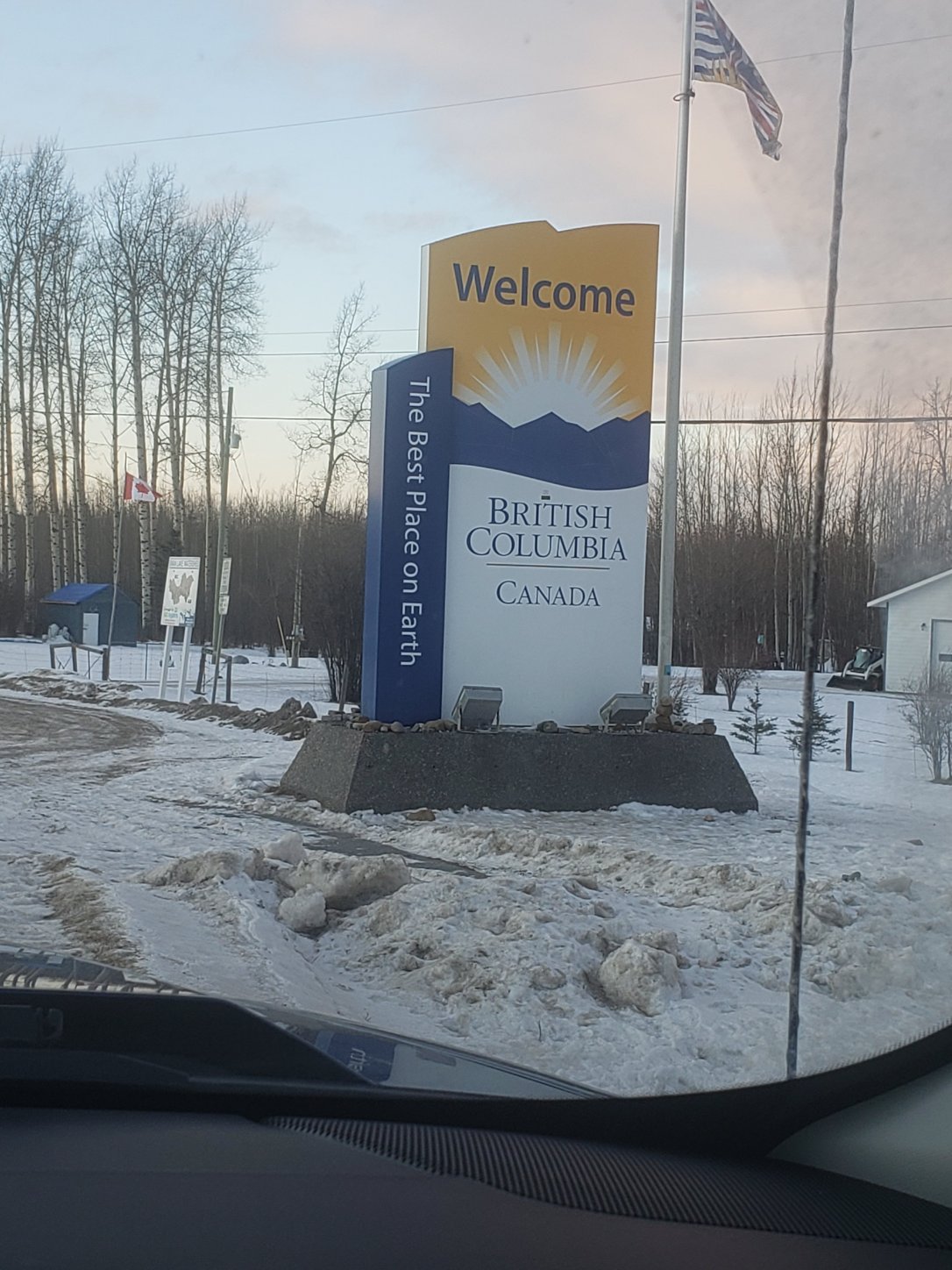 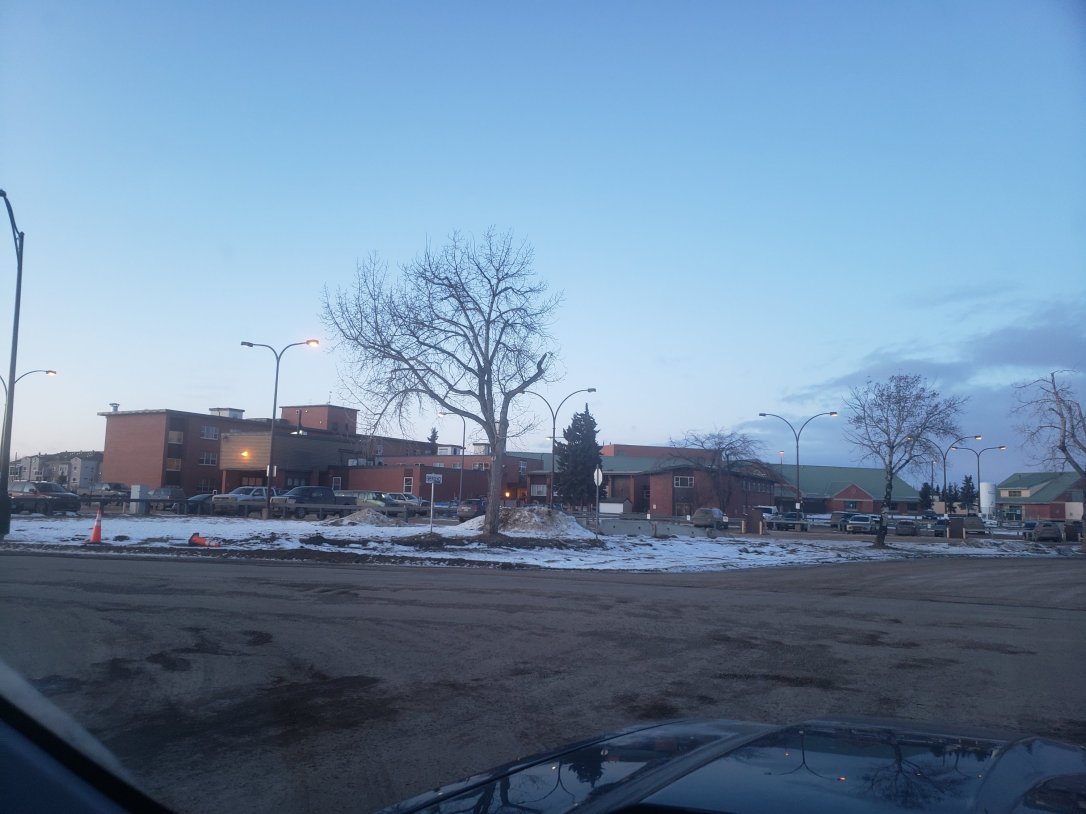 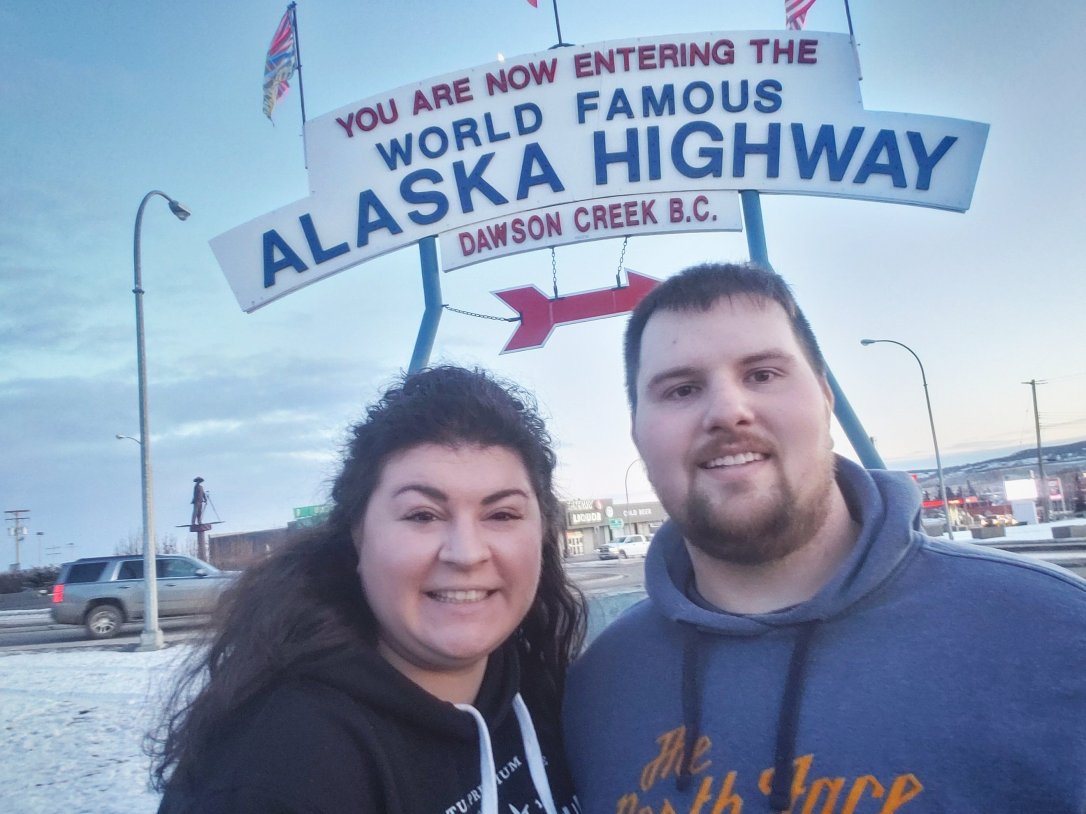 The next morning, Andrew flew all the way home and I continued for another four hours up to Fort Nelson, BC where my next contract was located! We did a LOT of driving in the past week but it was so worth it. It was an amazing road trip and we made a lot of great memories together!